By Jessica Lonsdale February 9, 2022 No Comments

Heading into 2022, there is plenty of activity effecting Customs and international trade, including a major legislative effort. In January, there were two significant updates to the US Harmonized tariff code (HTS). While these changes had a negligible effect on duty rates, they did create hundreds of changes to the HTS codes to be reported. Customs has struggled with getting the updates functioning and accurate in their system so far.

Efforts to combat the use of forced labor resulted in an increased number of products subject to Without Release Orders (WRO).  Passage of the Uyghur Forced Labor Prevention Act bars the importation of all goods made wholly or in part in the Xinjiang Uyghur Autonomous Region (XUAR) in China without proof that the goods were not produced with forced labor. Effective in June, this will greatly expand on the WROs issued for specific products, such as cotton and tomatoes. While the specifics are still being ironed out, all goods from XUAR will be considered as produced by forced labor; the burden of proof to refute the claim falls to importer. Forced labor associated with the seafood industry and deep-water fishing vessels are also the subject of numerous WROs and is expanded on in the America COMPETES Act.

The highly anticipated renewal of the Generalized System of Preferences (GSP) may finally make its way through Congress and into law this year. Legislation to renew the program, retroactive to the December 2020 expiration, is included in the America COMPETES Act, which has now cleared the House of Representatives. GSP is America’s oldest and largest trade preference having originally been implemented in 1976. The renewal would keep it in effect until December 31, 2024. Also included in this legislation is the Miscellaneous Trade Bill (MTB), approved by the US International Trade Commission in 2020. The MTB provides for duty free treatment on a list of specific imported goods, many of which are used in the manufacture of US products and authorizes an extension of the MTB process through 2025.

The America COMPETES Act, designed to bolster our competitiveness with China, also addresses expansion of ADD/CVD laws, a tightening of the treatment of low value shipments (under $800) from China, and other trade and non-trade issues. While this bill has passed the House, it is certain to be amended before it clears the Senate and heads to the White House to be signed into law. Recently proposed legislation has sought to suspend the Section 301 tariffs for China origin goods, or to at least reauthorize the exclusion process. However, no changes to these tariffs were included in the America COMPETES Act.

Increased enforcement of the FDA’s Foreign Supplier Verification Program (FSVP), which began in 2021, will continue into 2022.  Following inspections, the FDA has been issuing warning letters or fines to participants in this program for failing to perform the required risk-based verification of their foreign suppliers. Food importers need to be certain they are meeting the FSVP verification requirements and have recordkeeping to support their program

On January 1, importers of EU steel and aluminum products covered by Section 232 gained some tariff relief.  The 25% and 10% additional tariffs were dropped in favor of a tariff rate quota (TRQ). Under the TRQ importers can avoid the tariffs on goods imported under the quota level established for each EU member. Goods imported more than the quota will be assessed the same 232 tariff as before. The requirements for mill certificates (steel) or certificates of analysis (aluminum) to prove EU origin still apply. On February 7, the USTR announced that the Section 232 tariffs on steel imported from Japan may also be rolled back in favor of a tariff rate quota. We do not know when this proposed change would be effective.

CV International will continue to monitor changes or new programs as they come along, and we encourage you to watch for our client alerts to stay informed. If you are not receiving these alerts, you can sign up on our website here.

Request a QuoteContact Us 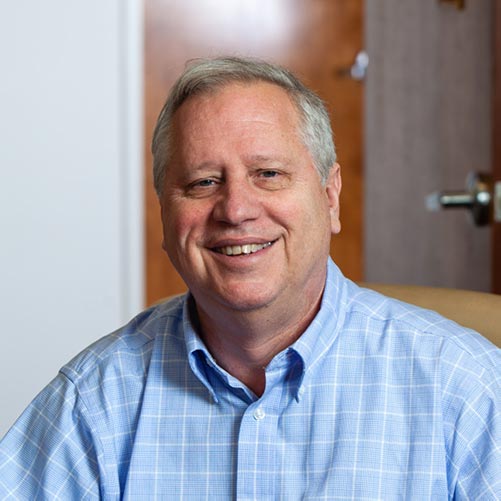 Sam serves as Director, Compliance and Customs Services for CVI. He serves as CVI’s corporate compliance officer and is responsible for overseeing all aspects of our Customs related services, including growth.

Sam started his career in 1977 with Waters Shipping Company in Charlotte, NC. He began as a document runner, soon becoming a leader in operations and customer service for the branch. Sam, along with Linda Masten, founded Central Carolina Shipping Inc. in 1983 as an independent Customs Brokerage firm where he served as Vice President for 26 years. Sam and Linda grew Central Carolina into a successful and highly respected member of the Carolinas trade community. When Charlotte opened their local chapter of the IFFCBA Sam was part of the organizing group and he headed the Customs committee for several years. Sam obtained his Customs Brokers License in 1984 and remained with Central Carolina until the company was acquired by CVI in 2009.

At CVI, Sam has held several positions in both the operations and sales departments. As an expert in U.S. Customs regulations, Sam is often called upon on to provide guidance to importers on Customs compliance issues. He makes regular presentations on matters related to importation and broader regulatory compliance.

Have questions? Connect with us!